Discover D-Day Experience and its different areas  made up of:

Set in the heart of a historical place, the site spans across 10,000 m2, thus inviting you to live an amazing experience that combines both education and entertainment. 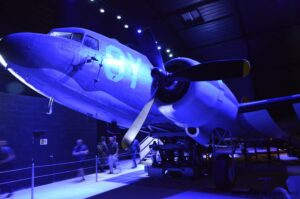 The plane you will be boarding at the D-Day Experience building was built in 1943 and has a unique history. history. After its service in the US Army Air Force, it was used for civil aviation by a British airline and then parked on a tarmac to be opened to the public…

The D-Day Experience is not only an attraction, it is also an exhibition place for exceptionally rare items. First, discover the preparations for the D-Day invasion through objects that belonged to the men who fought for our freedom. Their story is told through the eyes of Colonel Wolverton, who helps you better understand the stakes and the state of mind of each soldier who participated in these events. During the visit, you will have the opportunity to admire authentic, unique and emblematic objects: General Eisenhower’s jacket, the outfit of the famous Lt. Richard D. Winters, the real D-Day cricket… Each object tells the story of its owner during the battles that followed D-Day.
Their particularity: their authenticity, their rarity, their history.

Dead Man’s Corner : in the heart of History

Headquarters of the German paratroopers before being taken over by the American paratroopers, it is currently a museum dedicated to the former. Discover the story of this house which holds a unique and authentic collection of artifacts.

Here, the men of the 6th German parachute infantry regiment (PIR) nicknamed the «Green Devils » fought  fiercely for three days against the American paratroopers of the 101stAirborne Division.  On the morning of June 6 1944, the Commander of the German paratroopers, the major von der Heydte established his headquarters whereas the Dr Roos set up an aid station.

On June 8, as the Germans withdrew to Carentan the American Colonel “Iron Mike” Michaelis established the headquarters of his unit, the 502nd PIR of the 101st Airborne. 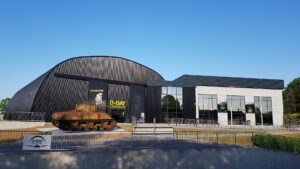 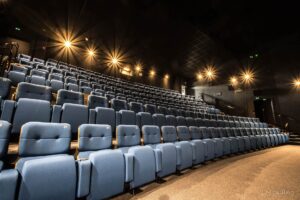 D-Day Experience: discover our new 3D movie theater and enter another dimension. Thanks to the latest technological tools, walk in the footsteps of the Allies in the morning of June 6, 1944. Featuring a giant screen (49 feet x 26 feet) and multi-dimensional sound, our movie theater allows you to enjoy a unique experience. The 36-minute long movie is composed of a remastered version of Pascal Vuong’s documentary D-Day Normandy 1944 for the first part, and a new short film dedicated to the battle of Carentan for the second. Relive the days that changed the world for ever. The Normandy landing is vividly brought to life!

Here at Normandy Discovery Tours, we are committed to making your discovery of the D-Day and Battle of Normandy museums a priority, that is why we have built a partnership with the d-Day Experience Museum. To offer you the best possible hospitality, we propose you to visit this museum at a reduced rate if you book one of our private guided tours (van 9 seats).

But that’s not the end of the story! Book your jeep rental with Jeep Adventure, and visit the D-Day Experience for free!

Do you want to visit the D-Day Experience Museum ?